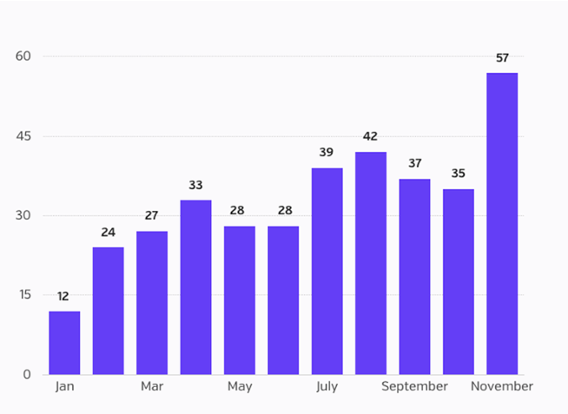 “Just when you think the cybersecurity problem couldn’t get any worse in healthcare, along comes a report saying that there were more health data breaches disclosed in November than in any other month in 2016.

In a report released Thursday, Protenus, a startup focused on tracking and preventing healthcare data breaches, said there were 57 such incidents last month. That is 60 percent higher than the 35 in October, based on statistics compiled by DataBreaches.net.

Surprisingly, 31 of the data breaches in October, or 54 percent, were inside jobs, according to the monthly Protenus Breach Barometer, while just nine were traced to hackers. The Ponemon Institute said in May 2015 that criminal activity had become the top source of health data breaches.”